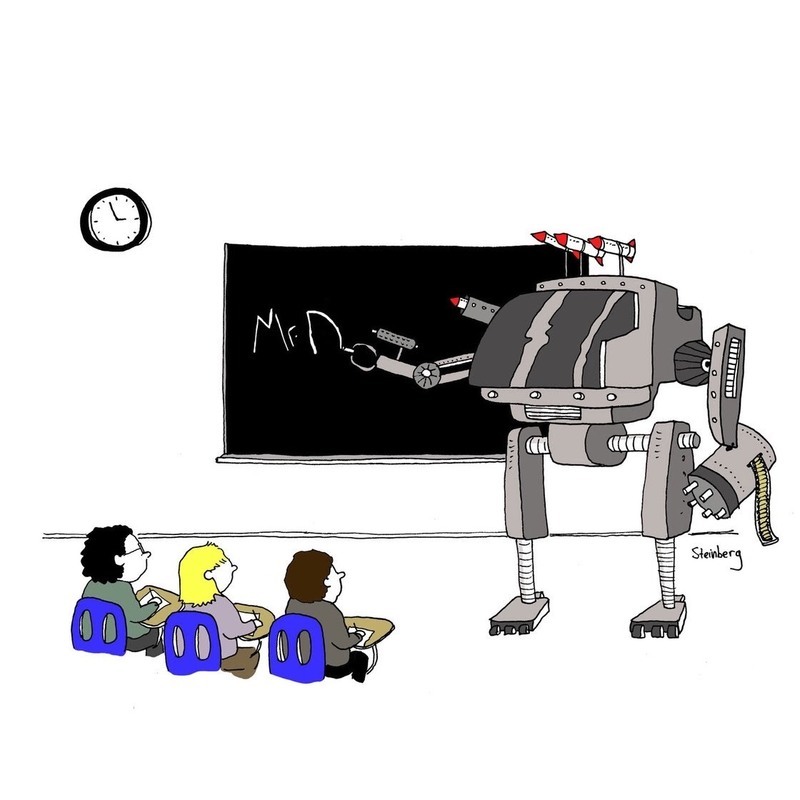 Tuesday, March 13, 2018
One great thing about dog/house sitting for the DeBorde family every spring is they have any and all TV shows you wanna watch, past and present.
My favorite show at the moment is the Alienist. I was two episodes behind but of course the DeBorde’s have em On Demand so I’ll be caught up after tonight. Nice.
As for that cartoon up there, I thought the image came with the caption but I guess not. I believe the caption said something along the lines of “I’m your robot substitute teacher, Mr. D.” Made me laugh because I’m also “Mr. D.” And I’m also a robot.
If you like cartoons, you should subscribe to the New Yorker daily cartoon email. I like it because I’m not a huge political person and almost every day the cartoon has something to do with politics.
If that doesn’t make sense let me explain it a different way.
I’m not into politics but cartoons that make fun of Trump every day I can subscribe to. And I do! Just like I wanna watch “Our Cartoon President” on Showtime and Alec Baldwin on SNL and Fallon and basically anyone at all who cares to poke fun at the prez. 😂🤣 It’s fun to laugh.
--
Nick Druga II
http://nicksilly.com/
469-600-9448